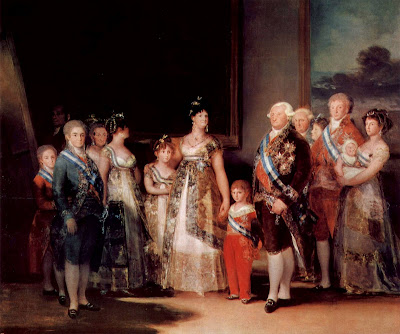 Others will make the typical noises, and may do so more eloquently than I, so, working under that assumption, I will comment on this story from another angle.

Aside from the usual anti-capitalist reasons, what bugs me so much about the practice of using private sector CEOs as a recruiting pool for high-level government positions is the fact that these guys, who have spent their lives looking out for their personal good and private good at the expense of public good, now get to burnish their images with a government appointment. I still view public service, even in the higher and more corrupt echelons of our federal government, as being somehow more dignified than private service at a large corporation, and it makes me gag whenever said dignity is conferred on selfish jackasses. I would feel a lot better about this issue, even if all the other things that could possibly piss me off still would, if whatever jackasses that were hired for these jobs actually came to them after decades of public service.

In my own mind, regardless of actual definitions, I tend to make a distinction between the words understanding and knowing. Understanding to me connotes that information has been received correctly. Knowing connotes that the information, and associated ramifications, has actually been processed and internalized and actually informs day-to-day thinking and decision-making. I think a lot of people, maybe even the majority of citizens in this country, understand just how fucked things are. But they don't seem to know.

My little kingdom for a moden-day Goya to give our modern-day royals the rendering they deserve.