Hillary really seems to believe that her victory is enough of a consolation prize to negate our miseries. Sadly, there are enough people who agree that she'll never disabuse herself or her notion. If she loses, she'll blame us. We'll have deprived ourselves of the joy of witnessing her happiness.
Posted by :-p at 02:13 2 comments:

More and more I feel like we're running out of things to memorialize. At least, positive things.

Not the most Bernie but this is what touched me the deepest.

He would want us to dance. Don't be shy.

For Real This Time

Good links over at BLCKDGRD (given that virtually everyone who reads this blog comes through a link from BLCKDGRD, it's oddly recursive to bother linking there - I'm just sending you backwards, aren't I?).

I wouldn't be optimistic whichever way the vote had gone. I feel oddly divorced form politics just now. Hence my sarcasm below (though, on the off chance that anyone from SSL is reading, I just want to say I do love you for real!). I didn't have to look up any of the facts in my previous post.

I think I actually like Simon's response (a video for Kraftwerk's "Europe Endless"). Sure, the EU is not the harbinger of utopia. But, certainly, some other kind of dream seems to be dying, too.
Posted by :-p at 16:07 No comments:

As a longtime lover of music who has obsessed over the minutiae of recording technology and legendary stories from the history of record making, I have come to desire certain parts of that history. So many of my favorite stories have revolved around one company: Solid State Logic. Solid State Logic, or "SSL", for those in the know, is a manufacturer primarily of high-end mixing consoles based in Oxford, England. They began making consoles in the 1970s, but their star really began to rise in the late 1970s and early 1980s. The advent of digital technology allowed for numerous new possibilities in the design of recording consoles, and SSL was early to recognize these possibilities. SSL's utilization of digital technology towards allowing engineers to automate and recall their mixes was a game-changing innovation in the history of recording technology, and these features, along with superlative sonics, flexible signal routing architectures, and the industry-standard master bus compressor (heard on literally thousands of singles) caused numerous high-profile studios to choose SSL consoles for their mix rooms. SSL became an industry standard in the 1980s and continues to be so today. It could be argued, at least to nerds like me and lovers of great pop music everywhere, that SSL is the finest and most important company operating in England today, a company that embodies all of the best traditions of British small-scale manufacture: creativity, innovation, attention to detail, reliability, and a certain sense of style and luxury. An SSL console is a true wonder to behold, the engine behind popular music all around the world, and still made in Oxford.

My love of SSL comes from numerous sources: Hugh Padgham's (mis-) use of a an SSL console talkback compressor to develop Phil Collins' drum sound in the 1980s, the glorious widescreen productions of Trevor Horn for Frankie Goes To Hollywood and, of course, the greatness of Timbaland in the early 2000s, whose innovative hits were engineered and mixed mostly by Mr. Jimmy Douglas on, you guessed it, an SSL console.

Unfortunately, great gear comes at a great price. I've always wanted an SSL console, but life has gotten in the way. Rent, bills, food, records, etc.; even when I spend very little, it all adds up anyways.

I do, however, have a little plastic container where I keep my spare change. Quarters get used for laundry, so the container is filled with dimes, nickels and pennies.

I've been too lazy to take this change into the bank. My bank doesn't have one of those machines into which I could just drop all of the change and get credit in my account. I would have to count all of the change manually and bring the change over to the bank and then wait for them to count. Truly, a hassle. However, thanks to Brexit, there may be a solution.

With the impending collapse of the GBP, my change may be worth more than I thought. Currently, I am working to sort all of the dimes out of the mess of change, and, soon, I hope to place them in an envelope (I'll pay postage). When that envelope arrives in Oxford, I hope to receive shipment confirmation on what I have always dreamed of owning: my own SSL console. 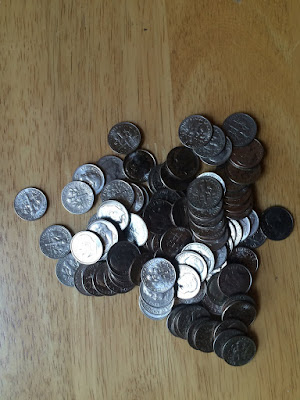 I think I figured it out!

Adult: Queen Mattress or Larger
Posted by :-p at 02:28 No comments:

For what it's worth, from some small, invisible corner of the Internet, I just want to offer my love to all of the people suffering directly and indirectly from the events in Orlando.

And, perhaps too early, I want to offer my middle finger to all of the public figures who have cynically taken advantage of the primitive animuses that still divide our country for personal gain. It may be that this is the work of "radical Islam", but that doesn't give you, "good Christian", the right to distance yourself from the climate you have created.

This is my new jam:

This is my old jam:

New school: OK, there's something really weird about this one. Some of the vocals are like nerdy whitely Superpitcher, of all things! Superpitcher in the ATL. Think about it!

And, old school? Jeru the gawd rocks it over Premiere who (in)advertantly samples something like Andrew Hill or Leroy Burgess with that descending chord progression coming from confusion to clarity. It's love.
Posted by :-p at 03:04 No comments:

In Case It Wasn't Clear

To paraphrase a gentleman:

Your disillusionment is a feature not a bug.

If you were surprised or disappointed, you weren't really paying attention.

If you applaud the pragmatism, then you are part of the 10% of the people extant for whom the world as presently-constituted exists, or you still believe you will be part of this 10% if only you can think the proper thoughts. It must be nice. Enjoy it. Pet your pets.
Posted by :-p at 22:43 No comments: