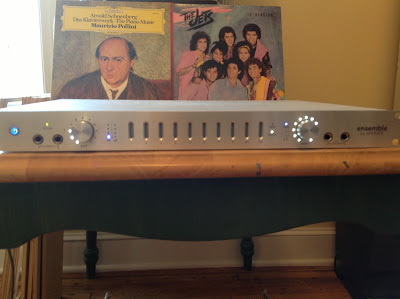 Thoughts:
* Nobody thinks I have a sense of humor in my real life right now. It's not  true. I am surrounded by machismo. Self-effacing doesn't work if it is taken literally.

* I got it used. Even though I am working five or six days a week right now, I still can't afford one of these things new. I also can't afford to read. Amazing how much one's mind is affected by not reading often. The results are obvious.

* I am worried that I actually like taking pictures of things that only matter to me and posting them on the Internet. I won't do this again until I visit my parents and see my cats.

* I find it almost impossible to get anything I actually need in cities anymore. Providence is especially bad. Even though I live ten minutes (walking) from downtown, I do virtually all of my shopping online.   I didn't shop online that often in New York or DC, but, now that I think about it, even after I was able to afford to live in large cities, usually only a few blocks away from the entrance to an underground rail system, I still had to go to either Virginia or that crappy mall now located next to the new basketball stadium in Brooklyn to get most of my essentials. I had never shopped at a Target until I moved to New York. Presumably, one moves to New York to never have to shop at Target.

That's really the irony of urban redevelopment, isn't it?

Surrounded by frat boy strutters and metrogymrat thugs? Dude that's comic gold waiting to be mined, and self-effacing isn't the route. Insulting them in their own style of humor is the way. Listen to their droll jokes and one-up them by turning the joke back on them.

They're not gonna punch you for making others laugh.

Obvious self-effacement causes alpha males to get predatory. This usually is learned by age 12.

At 12 I was already into Woody Allen films. No wonder the next twenty years sucked so much!